From zero to EV

Auto dealers and co-ops are merging new models, more chargers and incentives to accelerate electric vehicle growth in the north.

Jeremy Lindemann is a northern Minnesota man through and through. The Roseau Electric Cooperative (REC) member services manager is a former football player and coach, hunts elk and turkey when he has the vacation days, and drives a full-size 4-door pickup that is often towing a boat, fish house or snowmobiles.

But Paul Blomquist, owner of Roseau County Ford, wants to show hardy north-border souls like Lindemann that sometimes a big engine doesn’t mean power. So he put the Minnesota man behind the wheel of the new Ford Premium Mustang Mach-E, an all-electric addition to Mustang lineup that boasts all-wheel drive, an 88-kWh extended range battery and an acceleration speed of 0-60 mph in 4.8 seconds.

Even with the mind-splitting specs, Blomquist knows the electric vehicle (EV) will be a challenging sell to his usual demographic.

“When Ford went to six-cylinder engines, it scared the bejesus out of guys like Jeremy, to go away from that V8, throaty sound,” Blomquist said, nodding to Lindemann. “Ten years ago, they came out with V6 in a pickup. Now, that’s almost all there is out there.”

“I still have the 5.7 Triton in my Ford F-150,” Lindemann responded with a sly smile. “Until I drive something and I can see, ‘Hey, this can pull my boat’ – that will be how it stays.”

Lindemann has driven EVs before. In his role at REC, he has helped integrate EV adoption into his cooperative’s long-term strategic plan, a goal now prioritized at co-ops and utilities across the state. He’s tried the technology, he’s enjoyed the performance, but nothing has yet satisfied his outdoorsman need for strength and handling.

He was excited for Ford’s addition of the Mach-E. But he had to put it to the test.

After walking Lindemann through some of the car’s features displayed on a 15.5-inch touch screen, Blomquist told him to saddle up.

“So really, Jeremy, everything is like your normal car,” Blomquist said from the Mach-E’s back seat. “You’ll get the extra technology figured out, but to start it, you hit the brake and the button, put it in drive and go.”

With a turn of the shifting dial, the EV silently headed out of the lot and toward Roseau’s city limits.

“Right now, you would think you’re in a normal Mustang, other than the sound,” Lindemann said. “My dad actually has the 5.0L convertible Mustang from around 2005. It’s the same feel, except that one has a shifter. That’s why my hand keeps floating over, because I feel like I’m in his car.”

As the Mach-E traveled north of Roseau, Blomquist advised the driver to select the “Unbridled” performance setting on the screen. It was time for a full gallop.

“I got goosebumps when you said that. ‘Unbridled’ – are you kidding me?” Lindemann howled. He began to speed up on the highway.

“Oh, mercy,” he said, accelerating again from a full stop, amazed at the torque that caused him to melt into his seat. “It’s just hugging the road.”

“It feels like a Mustang, doesn’t it?” Blomquist asked.

“It’s so tight, and the power is crazy. There’s no way you’re driving an electric car – you don’t feel that at all.” It seemed Lindemann was sold. “People have no clue. Anything that you think an EV is, you’re wrong, because this thing is incredible. I mean, this blows ME away, and I’ve driven electric vehicles before. I’m jacked up!”

Lindemann’s eye-opening test drive experience is one Blomquist hopes to replicate in many others. He’s somewhat of a rarity in northern Minnesota – a dealership owner who is fighting to spread awareness of the performance and promise of EVs. He understands it’s the future of the industry. He noted that 2-3% of all vehicles sold in the country are now EVs, and that GM has announced that all of its vehicles will be electric within 15 years.

“Within a decade, Ford feels it could be at a tipping point where they’re going to sell more electric vehicles than gas. Within just five years, they could surpass 1 million EVs,” Blomquist said, adding that many other automakers anticipate similar EV growth. “You can do the math. It’s going to come quickly.”

Lindemann is especially eager for the arrival of Ford’s all-electric F-150 Lightning, expected to be released in 2022. He says it will be critical for showing drivers like him that all-electric benefits can come in a pickup with a name they recognize and trust.

REC and other Minnkota member cooperatives are helping members prepare for the shift to shiftless by offering rebates on home charging equipment installed on their off-peak programs (giving users a lower rate for charging overnight, when there is lower demand). Roseau Electric will be taking the service a step further by offering installation assistance to make sure everything is connected correctly and safely.

However, some drivers in the area will still have concerns about this new wave of EVs, questioning their ability to handle Minnesota winters, the durability of the batteries and the effect all of that additional electricity use is going to have on the electric grid.

“We feel we can rise to that challenge to meet that extra load, and we can do it with a mix of renewables, baseload generation, our off-peak program and energy efficiency,” Lindemann said.

Minnkota’s member cooperatives are also preparing for the spread of EVs by taking the lead on installing Level 3 fast charging stations on key travel corridors. Just last year, Nodak Electric Cooperative and Cass County Electric Cooperative used grant funding to help energize a fast charger in Grand Forks and three in Fargo/West Fargo, respectively. Fast charging stations have also popped up in Grafton and Hillsboro, N.D., and plans are coming together in 2021 to sprinkle more throughout smaller communities in eastern North Dakota and northern Minnesota.

REC is working with partners like Blomquist to begin discussions with local organizations and companies about the economic development opportunities of installing Level 2 or Level 3 charging technology on their properties, as well as adding EVs to their fleets. Lindemann said those discussions slowed during the pandemic, but he anticipates they’ll soon be on the fast track.

He also realizes that, even though he is a burly man, there’s a whole lot of legroom and space for others to take the EV expansion journey with him.

“Here’s the thing about co-ops. Yes, we’re one co-op, but we also have all the co-ops in our northwest Minnesota district, and we’re all member-owners in the Minnkota system. We share ideas and collaborate all the time,” he said. “We have our own individual challenges regionally, but we’re always working together and on the same page about how we move forward.”

MAIN IMAGE: Jeremy Lindemann (left) and C&M Ford/Roseau County Ford owner Paul Blomquist get ready to hit the road in a Ford Premium Mustang Mach-E. Blomquist is urging drivers around the region to call in to schedule a test cruise. (Minnkota/Michael Hoeft)

From zero to EV 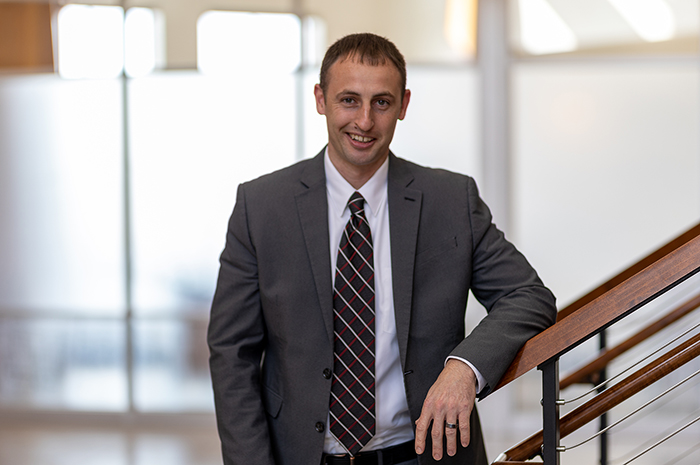 Compton ready to answer the call 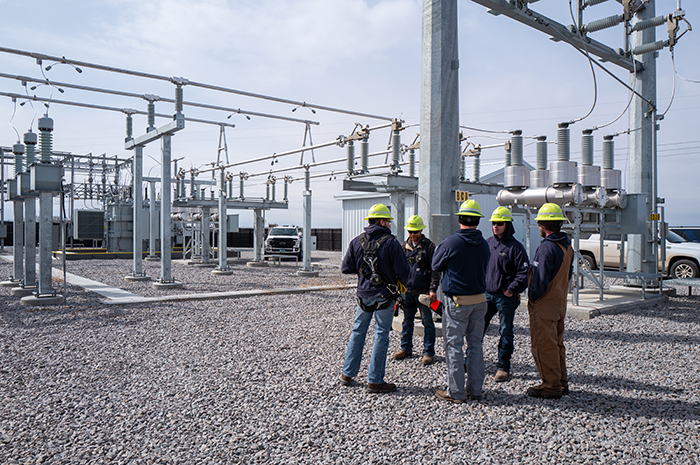